And here’s last year’s post (right here).  I thought to gather some scary stories to update last year’s ghost post.  One kind relative did share her ghost story with me…and I told her my ghost story…but neither seemed creepy enough to include.

Here’s a quick primer/reminder about the founding of St. Louis.

ONCE UPON A TIME, circa 1755, this second-born son came to New Orleans from France: 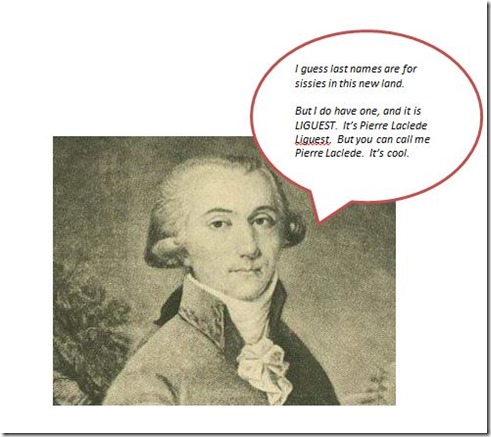 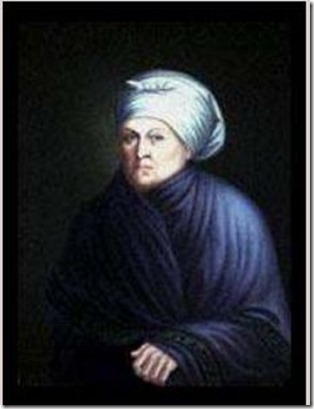 Both were a pretty big deal in Laclede’s life, and to the founding of St. Louis.

~Maxent received the sole contract to trade with the Indians from France’s “Illinois Country” up to Minnesota in 1763.  Pierre Laclede and Mr. Maxent formed a trading company, in which Pierre held a 25% stake, in order to pursue this lucrative monopoly the Indian trading contract afforded them.

BUT THERE WAS A PROBLEM.

She was married, see.

Her husband, Rene Chouteau, abandoned her and their young son, Auguste Chouteau, sometime around 1752, returning to France.  There is mention of Chouteau’s abuse of Marie Therese in the history books.  Upon this abandonment, Marie Therese declared herself “Widow Chouteau,” and then proceeded to have four of Pierre Laclede’s babies.  Curiously enough, they all all took her surname, Chouteau.  Perhaps this was due to mores of the time (her husband wasn’t really dead, after all), or perhaps it had to do with her inability to get an annulment of her marriage to Rene Chouteau (which is the general consensus).  We will never know.

So Pierre Laclede took off up the Mississippi River to establish this trading post with the Indians in the later months of 1763.  Think about it:  Sometimes, it is hard to get through a 3 mile float on the Meramec River.  How must it have felt to travel 700 miles on the Mississippi?

Pierre brought Marie’s oldest boy along on this voyage.  Auguste Chouteau is reflected in the history books as not only Laclede’s de facto stepson, but as his trusted aide as well.  However, let’s remember that Auguste was, after all, a teenager.  And maybe for that reason alone Marie Therese Bourgeois Chouteau (Laclede) insisted that her son accompany her de facto husband.  The de facto husband who was leaving her behind in New Orleans to care for HIS three children, all under age 6, with the fourth of HIS children on the way.  “Go ahead on your journey,” she probably said before the French butter bell hit the wall next to Pierre Laclede Liguest’s head.  “We’ll all be just fine here, merci beaucoup.”

Pierre Laclede and Auguste Chouteau would have passed several prominent spots along the river, such as Natchez, the Arkansas Post, Kaskaskia (French farmers and Jesuits), Ste. Genevieve (only major French settlement on the Western shore of the Mississippi River) and Fort Chartes in what is now Prairie du Rocher.

Heading north, if the voyagers looked PORT (west), they would have seen FRENCH LANDS.  STARBOARD (east) would have been ENGLISH LANDS.  All lands east of the Mississippi were ceded to the British in 1763 as a result of the French and Indian War.  Certain of those lands, including parts of Canada and Florida, were to be set aside for Indian reservations.  We’re all familiar with the vast Indian lands in Canada and Florida, right?  Right.

AT LAST, IN FEBRUARY 1764, Laclede sent Auguste Chouteau and 30 men to begin clearing the site for the trading post.  In early April 1764, and in honor of King Louis XV, Laclede named this settlement SAINT LOUIS!

LITTLE DID LACLEDE KNOW, but France had ceded to Spain all territory West of the Mississippi River under the Secret Treaty of Fontainebleau (sneaky so-and-sos).  France did this to prevent more French holdings from falling to England, and to compensate Spain for its loss of Florida to the Brits.  So to revise the Port/Starboard observations above.  PORT:  SPANISH LANDS; STARBOARD:  ENGLISH.

So truly, while THE LOU was founded by the French, it would more accurately be described as a French settlement in Spanish Upper Louisiana.

BUT WAIT!  WHAT ABOUT THE LOUISIANA PURCHASE?  THOUGHT WE BOUGHT THAT OFF BONAPARTE?  We did.  Spain got sick of paying for the Louisiana Territory and sold it to France.  Then, of course, the rest is history.

So next time you think of “Chouteau,” don’t think of this fine establishment @ 7th & Chouteau:

Give a moment of thought to Marie Therese and her family.

Keep in mind that the St. Louis Arch grounds were once the site of this, St. Louis’ First Home: 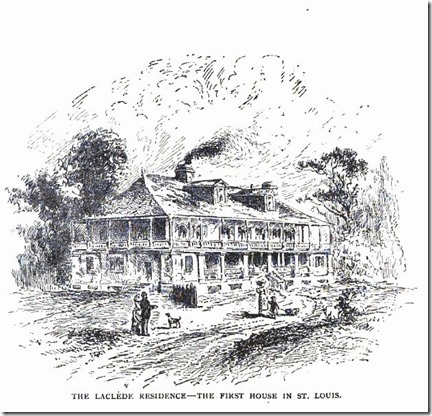 Try to remember, too, there is a reason for the name of this place: 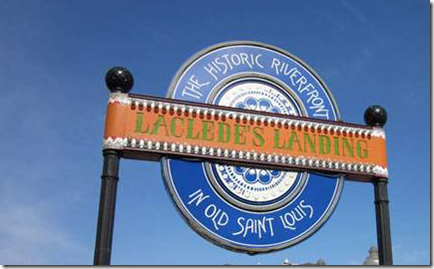 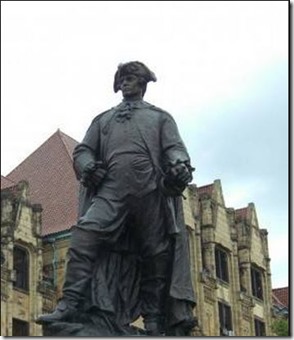 (This post was inspired by a recent reading of this book:  The World, The Flesh and The Devil:  A Colonial History of St. Louis, by Patricia Cleary, and a few Google Books searches.  Though there is no mention of them in this post, it should be noted that Missouri Indian women and children were involved in construction of the original village, and that there were slaves here, of African and Native American origin.  According to Patricia Cleary, New Orleans in this time period was 1/3 White and 2/3 Black.  All are part of the story, but did not fit in this quick rehashing of the Story of St. Louis.  Hope you are inspired to read more!)