Residents of Villages of Stonegate:  If you haven’t already received it, you will be getting a mailed update of sales statistics from Yours Truly soon!

Looking to move to a great subdivision with amenities in a very convenient area of Wentzville? Take a look! 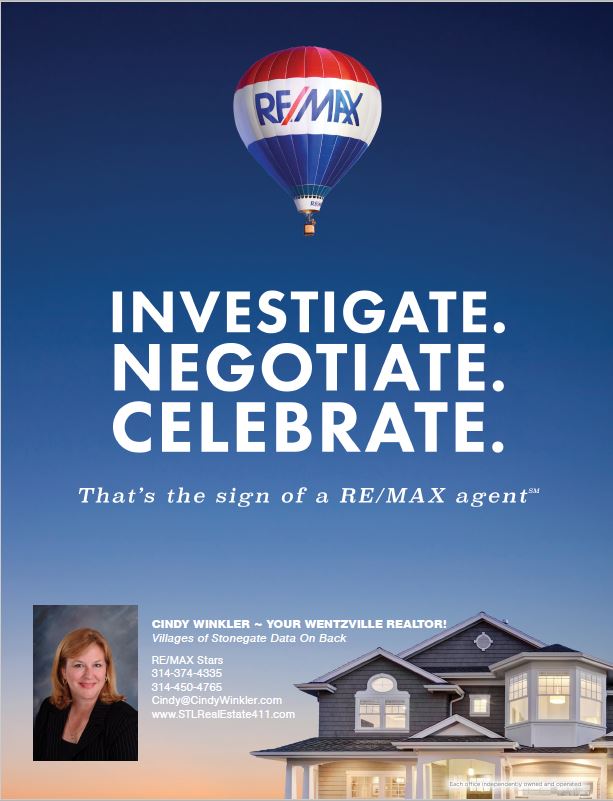 Have questions about selling? Please call me!

Of course, all real estate is LOCAL.

Would you like to know what sort of supply the market is holding specific to YOUR HOME in YOUR AREA?  Call/Email/Text me, and I will be glad to help you.

Do you believe in ghosts?  Maybe just a little?  Maybe a lot?!

What if you are selling your house, and you have experienced the unexplained noise?  Or have caught movement out of the corner of your eye (who was that?)? Or have had your dog barking at something that you cannot see (the most unsettling of all)?  Must you tell a potential buyer?

The answer is no.

The Missouri legislature did not come right out and address the terms ‘ghost,’ or ‘haunted,’ but here is the statute:

Okay.  So that is settled.  But since we’re talking about ghosts, the St. Louis metropolitan area has endless stories of hauntings.  We are called one of the most haunted cities in North America!  Some of our more famous purported haunted places are: 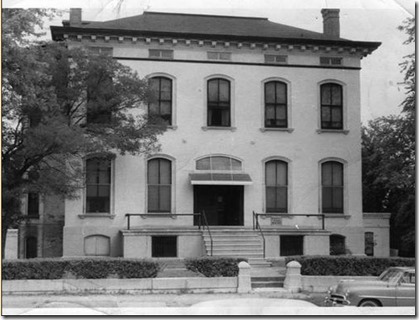 This successful STL Beer Family suffered immeasurable personal tragedies, including suicides, as all STL natives know.  If you click the link above, you can read more about them.  You can even spend the night in this historical mansion, IF YOU DARE!

Lindenwood’s beautiful campus seems to encompass most of the 63301 ZIP code these days (a slight exaggeration….).  Sibley Hall, once upon a time, is pictured above. 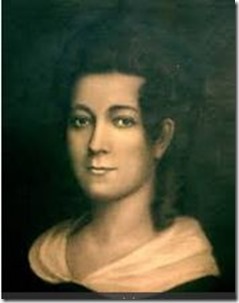 Here’s a young Mary Sibley.  She rests in eternity on campus.

OR DOES SHE REST?

Many accounts over the years would indicate that she and perhaps two other ‘haints’ pay occasional visits on certain floors and areas of Sibley Hall.

This 2007 Lindenwood University campus newspaper article will tell you more.

And we have another collegiate haunting!  This story is a little more gruesome than Casper-the-Ghost-ish Mary Sibley, her husband and friends.

Dr. McDowell, they say, introduced body snatching/grave robbing to the St. Louis area, when his medical students needed subjects for anatomy class. Dissection/autopsy was illegal at the time.  The primary source material (if classifying the links below as such is not too much of a stretch on my part) indicates a young girl named Dora Wescott ‘revived under the surgeon’s knife during dissection,’ and who then died (again?) and was secretly buried under a cottonwood tree along the Bellefontaine Road.  Dora haunted the remains of the building for years, according to these old Post Dispatch stories:  Disturbances at Old McDowell College, St. Louis Post Dispatch, 2/28/1880, and Unquiet Spirit of Dora Wescott Sleeps at Last, St. Louis Post Dispatch, 3/13/1880.

A different version of the McDowell/Wescott story is here:  www.prairieghosts.com/mcdowell.html.

Did you know we had voting riots in the 1850s in Missouri?  Well, Dr. McDowell’s medical college had cannons and apparently used them during these “Know Nothing” riots.  Eventually, the Union Army confiscated the building, and it became the Gratiot Street Prison.

~ DO YOU KNOW OF ANY HAUNTED HOUSES?

I know of a few homes around town that are deemed ‘haunted,’ including one I formerly had listed.  I did a few open houses there, but never had any spirits reveal themselves to me.  It may be haunted, though, as it’s been on the market for years and just won’t sell!  People in the real estate business may refer to this phenomenon as a curse rather than a haunting!!  Sometimes one will tour a home that brings on the creeps; however, that can usually be chalked up to the house just being . . . . gross, cold, empty….

I recall a home on the market a few years ago that had two headstones from the late 1800s along the walkway to the front door.  The home was not old, but the builders, for whatever reason, just plopped that house down right around these graves.  The graves were relocated for the new buyers and are no longer along the walkway.  I don’t know.  I may have left them there – instant Halloween decorations, and why create a disturbance?

This home has been rumored haunted since at least the days of my mother’s youth:

That it was built in the very late 1700s creates the possibility for spirits touching parts of four centuries!

What are your haunted house stories?  I hope you’ll share them!